Skip to content
Learn about our Carpenter For a Day Sweepstakes!

Unlike the other flooring options, laminate is still relatively new. Compared to its counterparts of being 100 or more years old, laminate is about 30 to 40 years old. Even though this flooring option does not have a long and rich history, it does have many interesting facts and elements that helped bring it to where it is now. To learn more, keep scrolling as we go into detail about the history of laminate flooring.

In the 90s, people began seeing laminate flooring in more than wood styles. Stone, ceramic tile and other designs were starting to pop up around the market. In the early 90s, Prego, a division of Perstorp, was the only laminate manufacturer in Germany and many other parts of Europe. But by the end of the decade, there were over 30 different manufacturers, making laminate a fast-developing industry. Due to the invention of its click and lock installation method in the middle of the 90s, other countries started showing interest in laminate flooring. By the end of the 90s, many places had the availability for laminate, and the US had over 100 laminate flooring manufacturers. 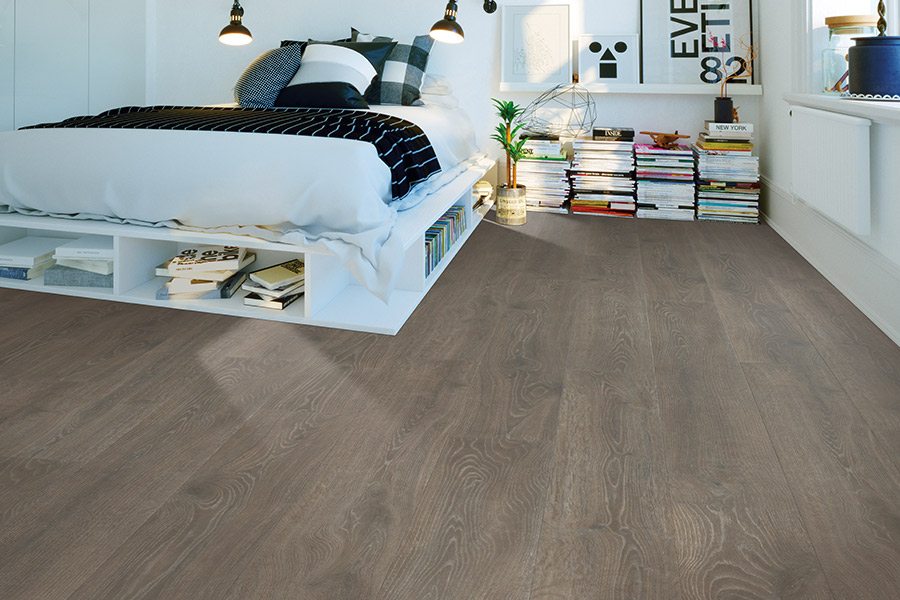 At the start of the early 2010s, manufacturers mastered the design and style elements of laminate flooring, but then they wanted to do more. Flooring companies started finding more ways to create sustainable and eco-friendly laminate. By the end of the decade, structure, technology and appearance improved as well.

Today you can find thousands of laminate companies all over the world. Plus, the design, installation, structure and technology improved even more. If you want to give this flooring type a go, then you need to contact Valor Home Services. We have installed laminate in hundred of homes in the Belleville, O’Fallon, Edwardsville and surrounding areas. For more information, shoot us a message today.